The BOOK Of MAGIC SQUARES, Volume 3

Volume 3 (pub. 2000) covers m. sqs. of 11, 12 and 16, in detail, giving many varied and creative ArtForms depicting Order amidst Chaos.
This unique and original “Draw-Your-Own-Mandala-Join-The-Dots-Colouring-In-Activity-Book” is equally suitable for children and adults. Just by drawing a long, continuous line from 1 to 2 to 3 etc to the last number of a M.Sq., superb patterns appear, creating sacred symbols from many cultures and verging on Atomic Art.
The traditional meaning of a M. Sq. is that the sums of its columns, rows and diagonals are Equal.
Volume 1 (pub. 1990) covered m. sqs. of 3, 4, 5, 6, and 7.
Volume 2 (pub. 1996) covered m. sqs. of 8, 9 and 10.
At the end of this Volume 3, there is a chapter giving all the graphical Solutions, as do Volumes 1 and 2, but unlike the others, this volume has a special and in-depth Glossary of all Sacred Geometrical terms used.

THE BOOK OF MAGIC SQUARES

There are 5 sections to this book: 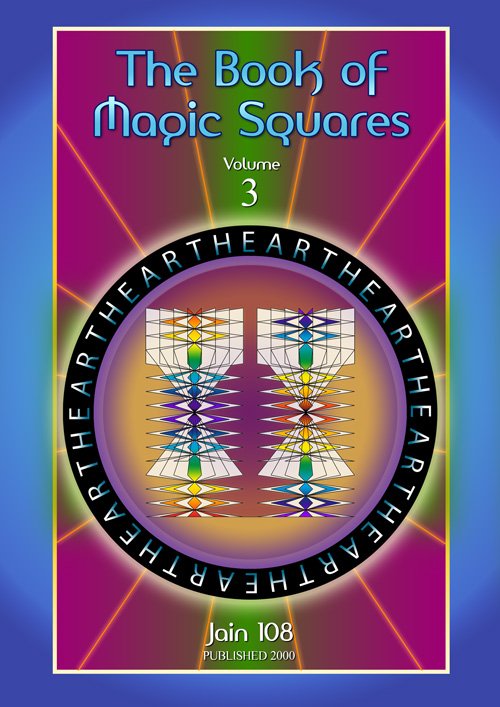 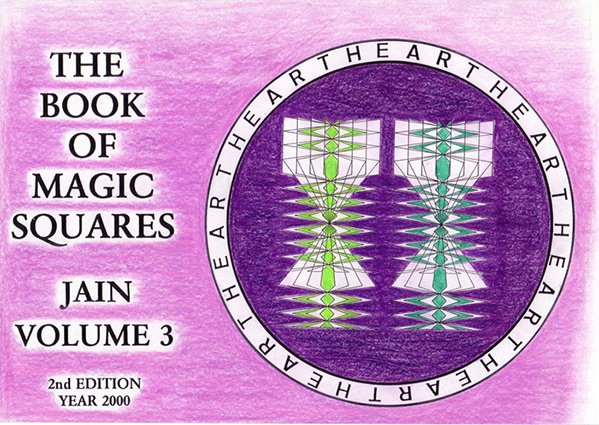 Section 1 –
ABOUT THE BOOK OF MAGIC SQUARES, VOLUME 3

This book contains 185 photocopied pages, is hand-written, highly illustrated, the book is a golden rectangle but fitted or orientated to A4 landscape , and wire bound.
Self Published in 1996 First Edition and 2000 Second Edition
ISBN: 0 9594180 5 9

This book continues where Book 2 finishes and consists of the Magic Squares of 11, 12 and 16. In Chapter 11, one particular M. Sq. Pattern or Yantra corresponds or looks similar to the Earth Grid as delineated by Bruce Cathie in his books Harmonic 33 and Harmonic 695 etc. There is also a fascinating chapter on the Vedic Square known in this book as “The Visual Multiplication Table and its Reduction Grid”. By mere application of a Vedic Sutra where we add the double digits of the Times Table and reduce them to single digits from 1 to 9, a whole universe of Atomic Structures are revealed. Jain has spent 25 years teaching this in schools around Australia as part of his traveling Maths Enrichment Show called “Mathemagics”. There is a lengthy and informative Glossary in the end section of this book not found in any of the other books. 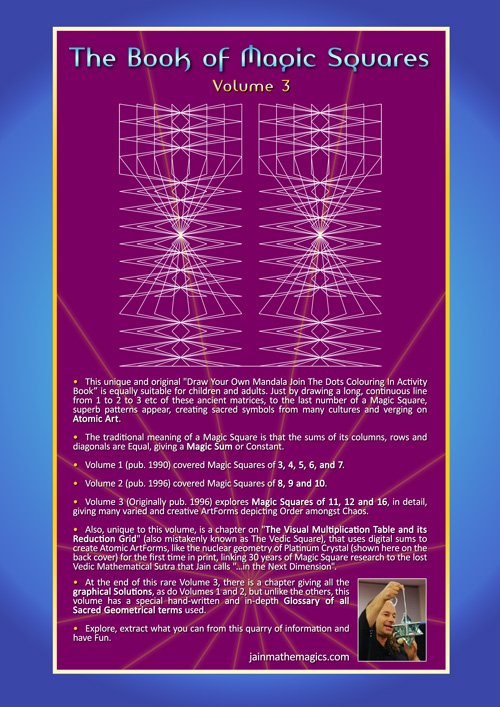 (thanks to Aurel of www.luminaya.com for the front and back covers photoshopped). 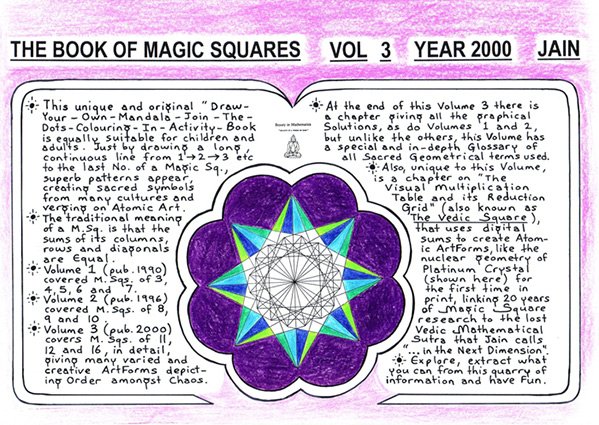 – An Alternative Pattern Magic Square of 11×11

– The Benjamin Franklin Magic Square of 16×16

– Introducing the Visual Multiplication Table and its Reduction Grid (abbreviated
to its acronym: t.V.M.T.+.i.R.G.).

– Other Books by the Author

Section 4 –
8 SAMPLE PAGES
FROM THE BOOK OF MAGIC SQUARES, volume 3 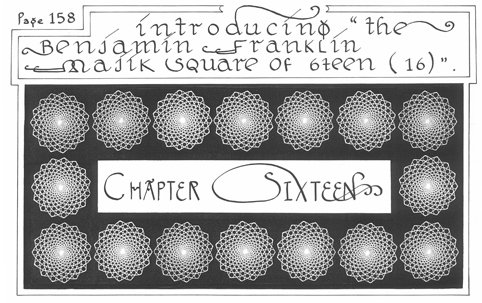 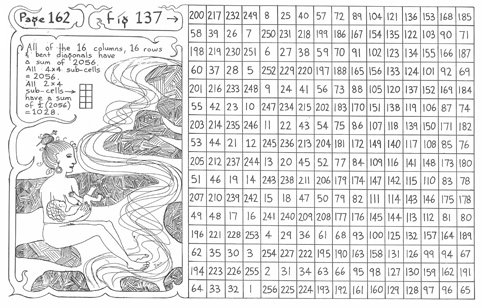 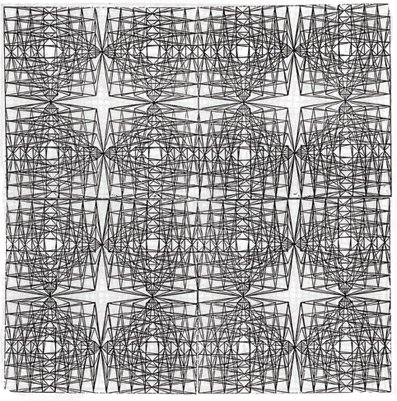 The Benjamin Franklin Magic Square of 16×16 @4×90
then tiled or tessellated 4 times. 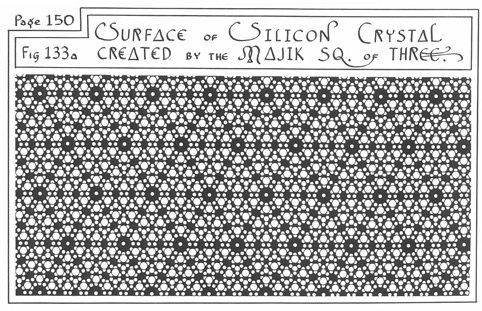 Atomic Art of Silicon Crystal, generated from the Lo-Shu 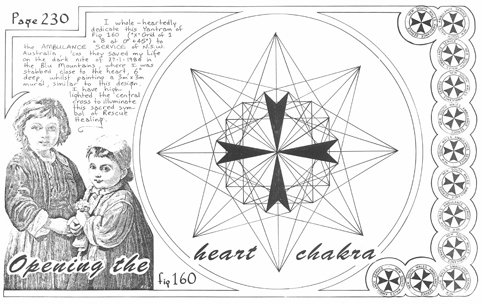 The Templar Cross derived from the digitally compressed
Multiplication Table of Ones. 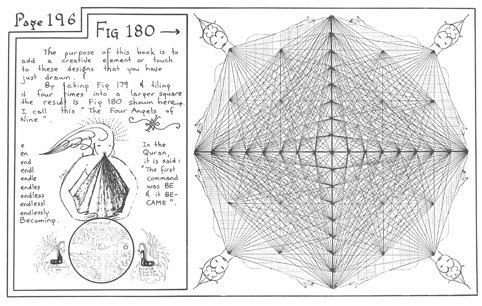 Pattern of the digitally compressed Number 9s from the Multiplication Table,
but tiled 4 times. 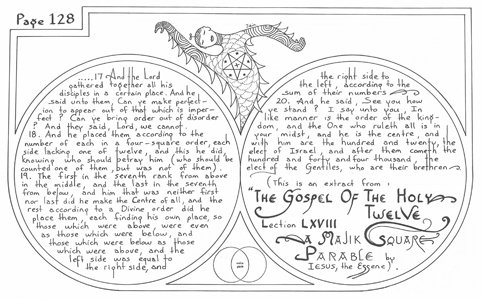 Extract from “The Gospel Of The Holy 12” Essene Text relating to a Magic Square Parable of the Seven Palms.
Calligraphy by Jain 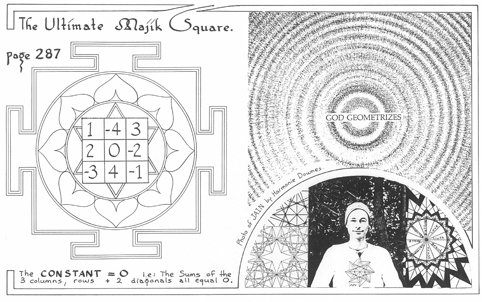 My favourite Magic Square, the Magic Square of Zero.
Utilizing the numbers from minus four (-4) to plus four (+4).
All columns and rows and diagonals have a magic constant
or sum of zero! 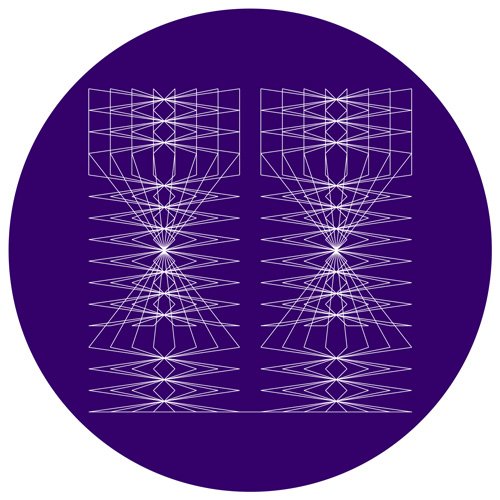 Franklin Magic Square of 16×16 at 0 degrees, line drawing in circle.

Be the first to review “The BOOK Of MAGIC SQUARES, Volume 3” Cancel reply