1 – ABOUT “THE BOOK OF PHI, VOLUME 5”,
subtitle: Phi Code 2, The Multi-Dimensional Powers Of Phi (the 2nd of 3 Primal ParaPhysical Phi Code 108 Dials that Generate the 72 ArcAngelic Names of God) 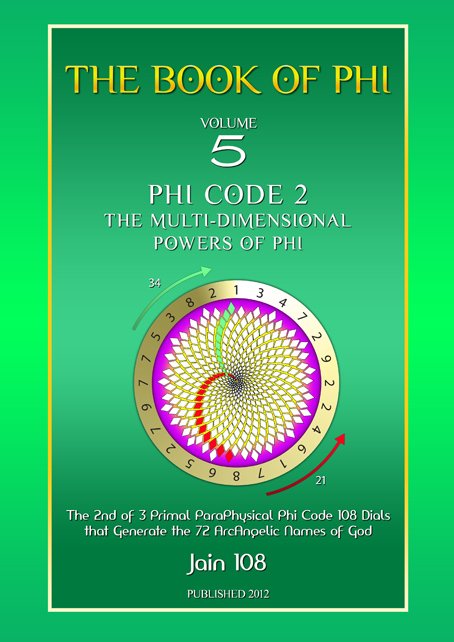 I am happy to announce the release of my book on the Divine Proportion,
from a 9 book series
known as: THE BOOK OF PHI, volume 5,
subtitle: Phi Code 2, The Multi-Dimensional Powers Of Phi (the 2nd of 3 Primal ParaPhysical Phi Code 108 Dials that Generate the 72 ArcAngelic Names of God)
Number of Pages: 180 photocopied pages.
ISBN: 978-0-9757484-4-2
Published: 2012 Self-Published, First Edition.
Size: the book is a golden rectangle but fitted or orientated to A4 landscape. It is highly illustrated, is hand-written in parts but mainly computerized, 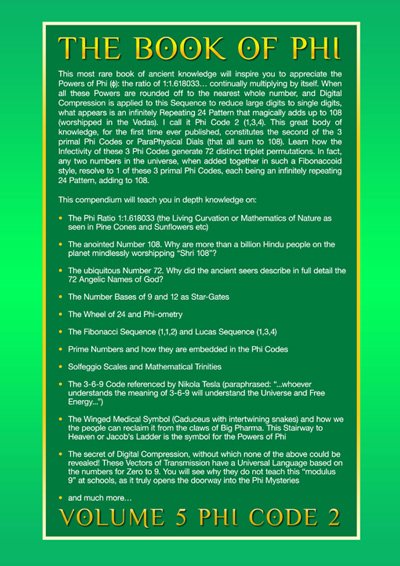 THE BOOK OF PHI, Volume 5
Phi Code 2, The Multi-Dimensional Powers Of Phi
(the 2nd of 3 Primal ParaPhysical Phi Code 108 Dials that Generate the 72 ArcAngelic Names of God)
by Jain 108

This most rare book of ancient knowledge will inspire you to appreciate the Powers of Phi (⏀): the ratio of 1:1.618033… continually multiplying by itself. When all these Powers are rounded off to the nearest whole number, and Digital Compression is applied to this Sequence to reduce large digits to single digits, what appears is an infinitely Repeating 24 Pattern that magically adds up to 108 (worshipped in the Vedas). I call it Phi Code 2 (1,3,4). This great body of knowledge, for the first time ever published, constitutes the second of the 3 primal Phi Codes or ParaPhysical Dials (that all sum to 108). Learn how the Infectivity of these 3 Phi Codes generate 72 distinct triplet permutations. In fact, any two numbers in the universe, when added together in such a Fibonaccoid style, resolve to 1 of these 3 primal Phi Codes, each being an infinitely repeating 24 Pattern, adding to 108.

This compendium will teach you in depth knowledge on:

tHE bOOK oF pHI, Volume 5 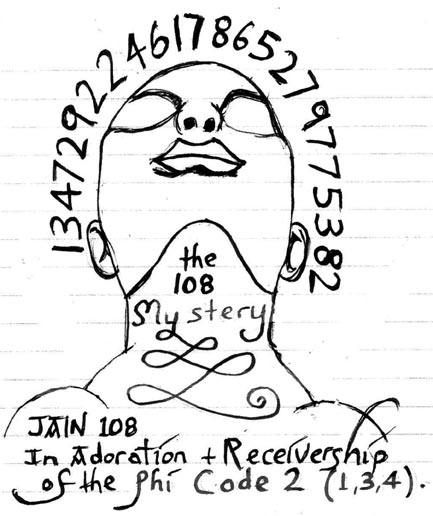 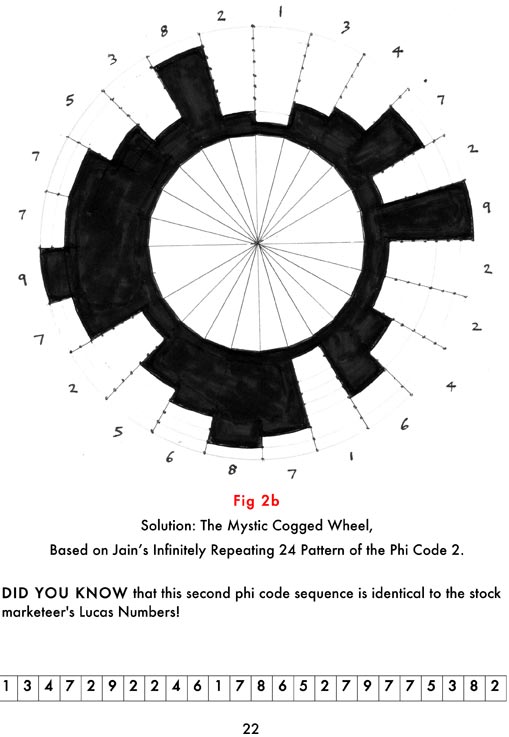 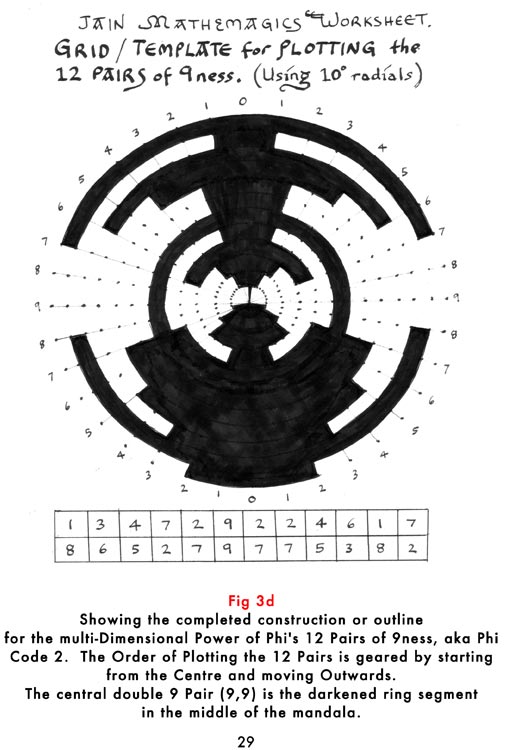 12 Pairs Plotted from Centre to Outer 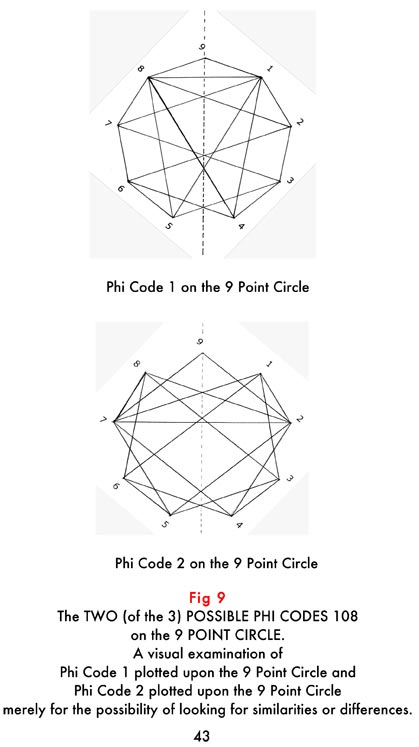 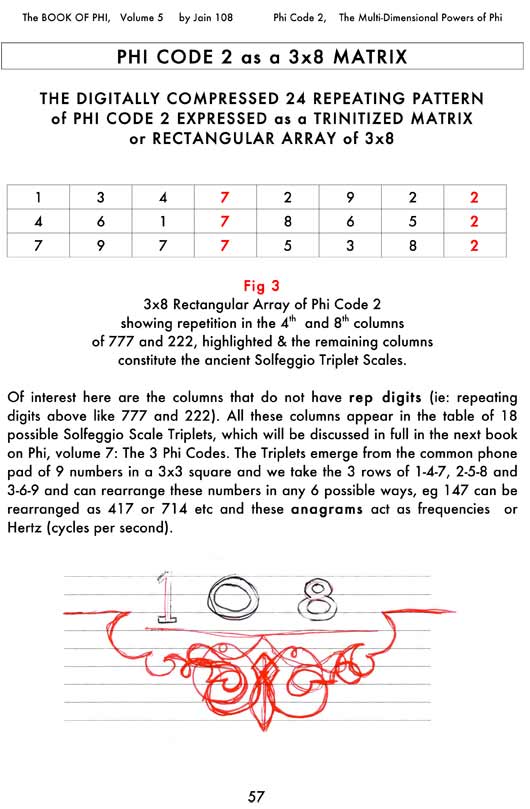 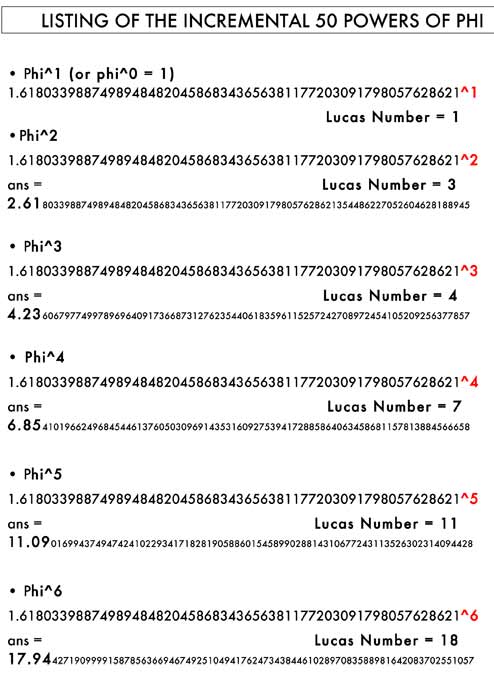 Listing of the Powers of Phi to 77 decimal Places 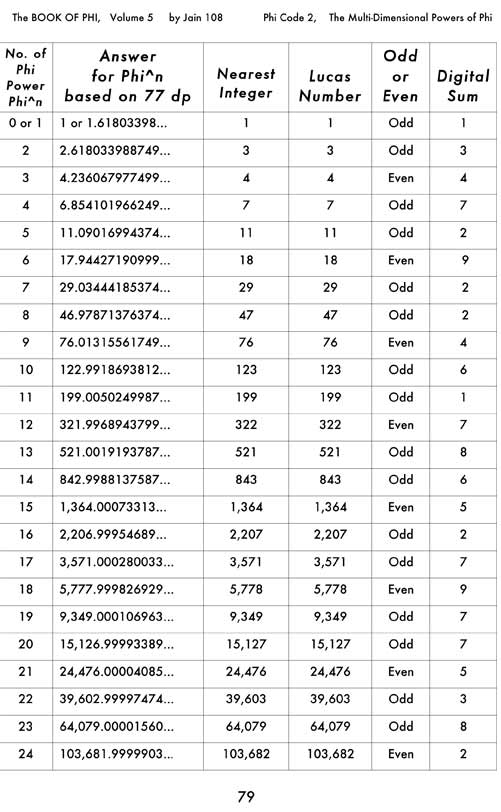 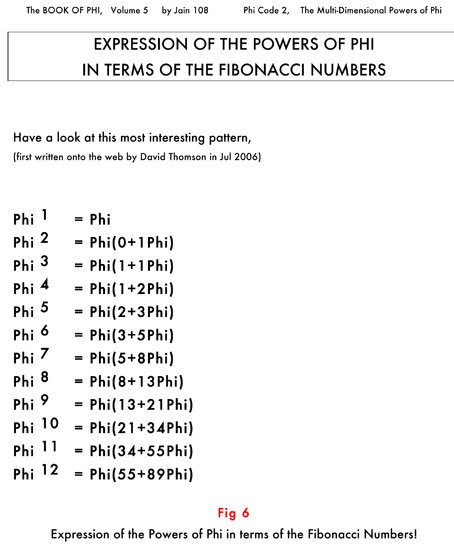 Powers of Phi Expressed in terms of Fibonacci Numbers 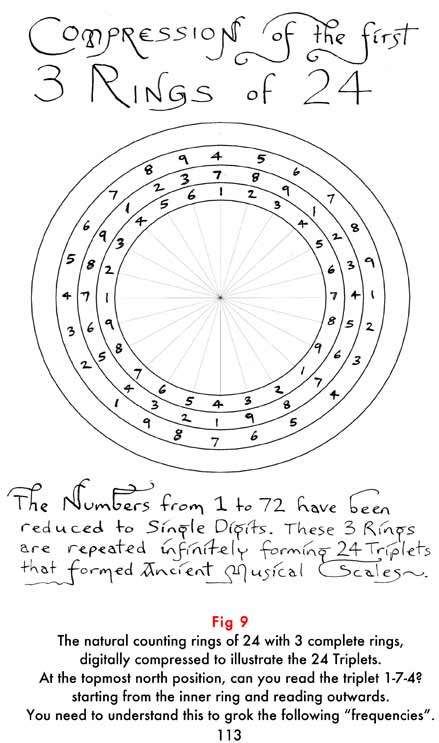 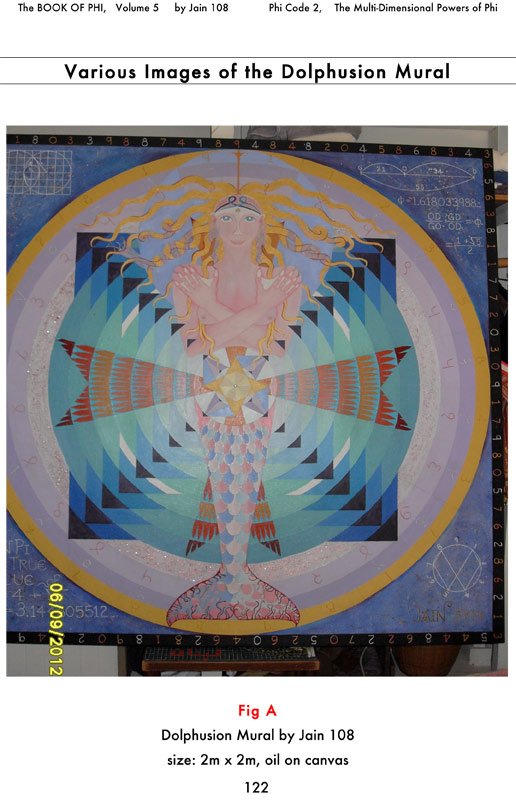 Jain’s Mural called “Dolphusion” (Half Woman, Half Dolphin) embeds all this rare Phi Codes of 108 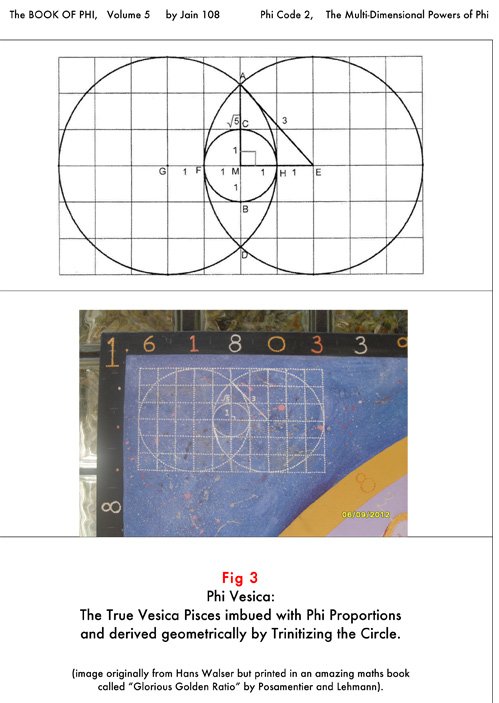 Phi Vesica, the exposure of the Phi Ratio in a Circle whose diameter is TriVided! 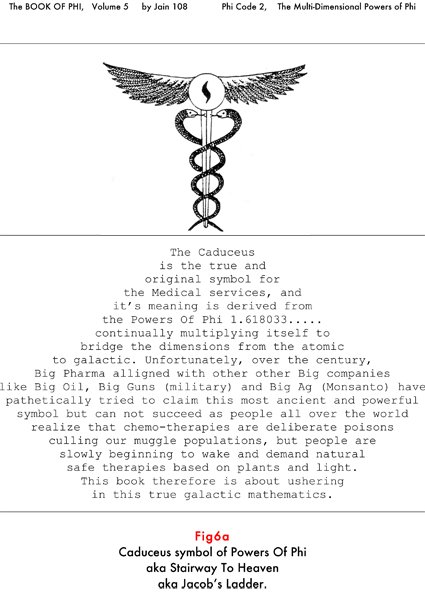 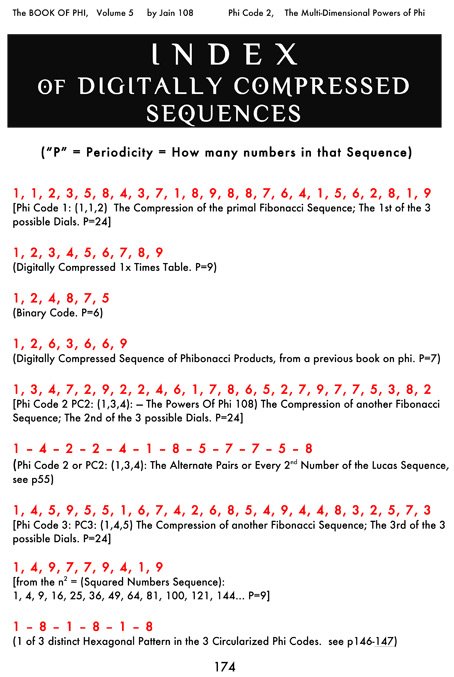 Index of Digitally Compressed Sequences used in this book

Be the first to review “The BOOK OF PHI, Vol 5: Phi Code 2” Cancel reply